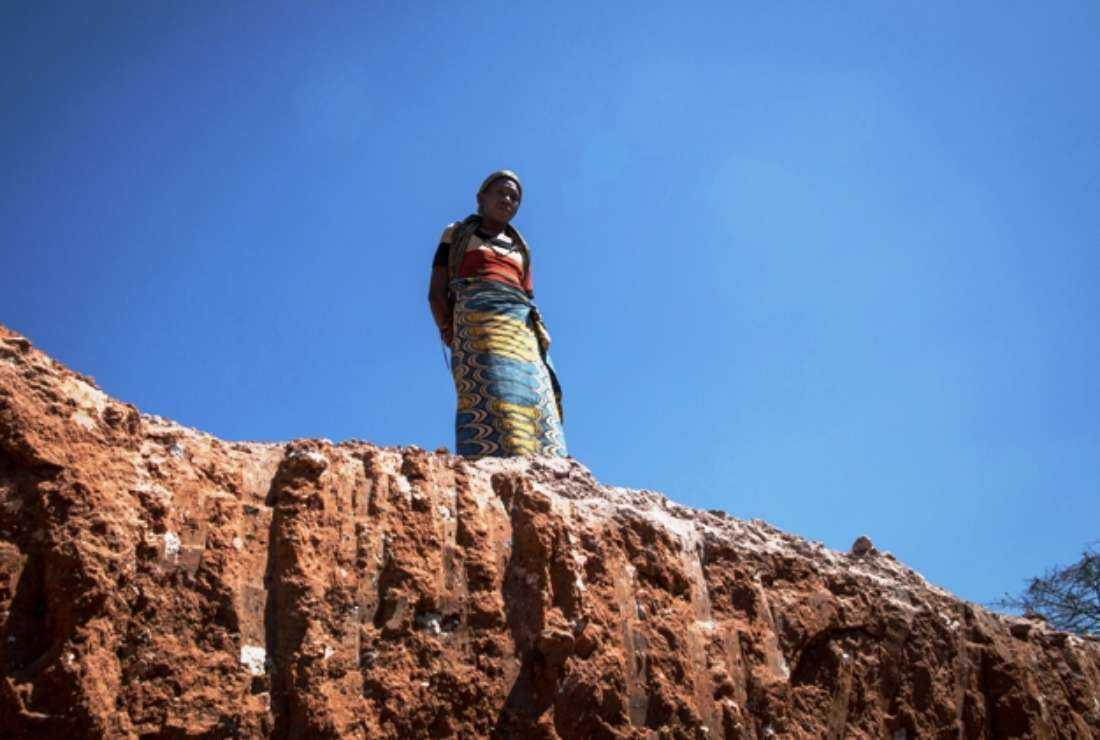 A woman waits for her turn to receive equipment to separate cobalt from sand at a mine between Lubumbashi and Kolwezi on May 31, 2015. (Photo: AFP)

The current state of child labor and human rights abuses in the Congolese mining sector “is particularly critical”, a Jesuit priest said during a recent House hearing on accusations of mining. children in Africa by China in the mining of cobalt, lithium and various rare earth minerals.

Congo produces more than 70% of the world’s cobalt, which, along with other minerals, is used in components for smartphones, digital cameras, computer hard drives, flat screen televisions, computer monitors and other high-tech devices.

Jesuit Father Rigobert Minani Bihuzo, regional coordinator of the Congo Basin Forest Church Network, was one of many witnesses at a July 15 hearing of the US Congressional Tom Lantos Human Rights Commission.

The priest also heads the research department of the Jesuit Center for Study and Social Action and helped publish a new report on child labor and human rights abuses in Congo’s mining sector. .

“On the back of trafficked workers and child labourers, China is exploiting the vast cobalt resources of the DRC (Congo) to fuel its economy and global agenda,” said Rep. Chris Smith, NJ, who conducted the hearing as co-chair of the panel. .

“The Chinese Communist Party’s quest for cobalt for batteries and lithium for solar panels to power the so-called green economy is driving human greed as an estimated 40,000 children in Congo toil in unregulated artisanal mines in dangerous conditions,” said Smith, who is also the senior member of the House Foreign Affairs Subcommittee on Africa.

According to a September 28, 2021 Bloomberg article, Congolese government officials and the Chinese Communist Party signed a contract in 2008 under which China promised to invest $3.2 billion in a copper-cobalt mine and provide an additional $3 billion in infrastructure projects, “all paid for by mining revenues.”

The contract has been renegotiated several times over the years.

“More than a decade later, less than a third of the infrastructure funding has been disbursed, and the mining project, known as Sicomines, has received only around three-quarters of the promised investment, according to the government,” Bloomberg reported.

In his testimony, Father Minani Bihuzo highlighted the results of field research carried out jointly by the Episcopal Commission for Natural Resources and the two institutions with which he is associated.

The studies focused on working conditions in artisanal mining, as opposed to industrial mining, seen “through the lens of human rights standards”. Artisanal mining “provides income for the greatest number of workers in the mining industry,” he said.

“All field survey reports deplore the fact that the majority of mines use children in various tasks. This is done while Congolese legislation and international standards prohibit child labor,” he said, adding that boys and girls “who initially come to the mines to get money for their schooling end up dropping out of school.”

“Most of them stay permanently in the mines,” testified Father Minani Bihuzo.

“The majority of artisanal mining work is done in forests and other inaccessible places,” he said. “Travel conditions between the nearest towns and these mines are dangerous. Many children who want to work in the mines lose their lives before they even arrive at the mining sites.”

These minors “have no protective equipment (…) they work seven days a week and more than 12 hours a day”, he said. “In reality, their working hours are not defined. … They are exposed to radiation from the products they use and the danger of the explosives they use.”

The priest began his testimony by stating that the social doctrine of the Catholic Church “condemns all forms of exploitation of children” and “insists on the right of a child to live and grow up in an environment conducive to (his ) full development”.

The church also recognizes “the right of every human being to work and to be able to support himself and his dependants,” he said. “It promotes everyone’s duty to use the earth’s natural and mineral resources wisely.”

Diakiese confirmed the use of child labor in these mines and noted that China’s “new method of colonization” uses “some very ugly old ways to impose control”.

In southern Congo, at a site run by the Chinese company Commus, he said, “two people identified as Chinese citizen(s) … ordered two Congolese military officers to whip two Congolese who were found on their site.

Smith said artisanal mines “are often nothing more than narrow shafts dug into the ground, which is why children are recruited – and in many cases forced – to descend into them, using only their hands or tools. rudimentary without any protective equipment, to extract cobalt and other minerals.”

“Yet at this critical juncture, as China and Russia expand their malign influence, the presence of the United States is oddly attenuated in the region,” Smith said.

Eric Shultz, former US Ambassador to Zambia, also testified, who noted that “China is using the same approach in all African countries: fueling authoritarianism, corruption and economic inefficiency.”

“We are in a very real sense at war with China in Africa – and Russia as well for that matter. Or rather they are at war with us,” Shultz said. “And Africa is too important, I believe, for the United States not to retaliate.”

In such a fight, the United States retains its influence, said Sasha Lehznev of Sentry, an investigative and policy team. “The reality is that US automotive and electronics companies still have significant supply chain leverage.”