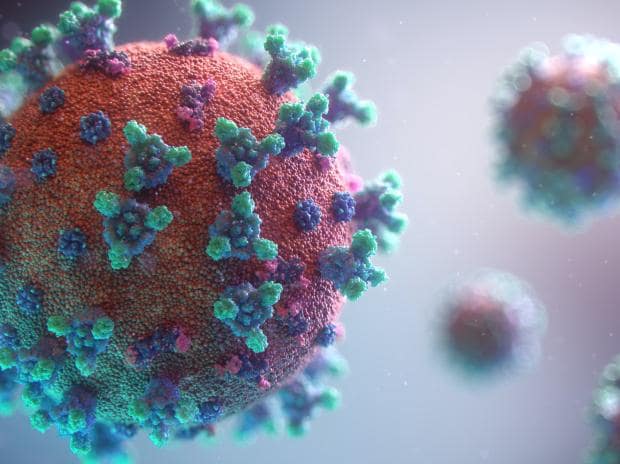 The Chinese mainland reported around 600 new COVID-19 cases on Sunday, marking the number as the highest daily tally in July, according to the National Health Commission.

Over the past three days, the daily tally on the Chinese mainland has exceeded 400. According to official data on Sunday, 106 new cases including 474 asymptomatic cases of COVID-19 were discovered on Saturday in different provinces across the country. New daily cases are the highest reported in July 2022.

The new wave of COVID-19 cases was triggered by newly emerging subvariants of Omicron, with nine of these subvariants all classified as forms of Omicron believed to have spread to 12 regions since July, reported GlobalTimes.

In Guangxi, the city of Beihai was the hardest hit by Omicron, recording 241 daily positive cases. Driven by Omicron BA.2.3, cases in Beihai have increased, with a total of nine confirmed cases and 444 asymptomatic cases reported in the six days since the first case was discovered on July 12, Global Times reported.

Chinese health authorities said locally transmitted cases that circulated in Gansu have been identified as BA.2.38. The virulent strain has strong transmissibility and hiding, which is not conducive to early detection.

The city began its sixth round of mass testing on Saturday. At least three counties, Baoshan, Pudong New Area and Xuhui have started mass testing.

Recently, China imposed a lockdown on Xian, home to 13 million people, after the city reported the first cases of a new Omicron subvariant. The lockdown was put in place after Xian reported 18 COVID-19 infections from Saturday to Monday, all of which are of the Omicron BA.5.2 subvariant, according to local disease control officials.

BA.5.2 is a subline of BA.5, which is already dominant in the United States and appears to evade antibody responses in people previously infected with COVID-19 and those who have been fully vaccinated and boosted, researchers say. .

This is the first time the subvariant has been reported in China, one of the last places in the world to still adhere to a strict zero-Covid policy.

Due to Beijing’s latest outbreak, millions face mandatory testing and thousands face targeted lockdowns, just days after the city began lifting widespread restrictions that had lasted for more than a year. months to fight a wider epidemic since the end of April.

China suffered severe effects on the livelihoods of its people in the first half of 2022 due to harsh lockdowns and demanding testing procedures in different parts of the country.

The economic impact of the zero COVID strategy also weighed on revenues. Tax receipts fell 4.8% on the year for the four months ending in April, according to the Ministry of Finance, mainly due to tax refunds intended to support businesses.