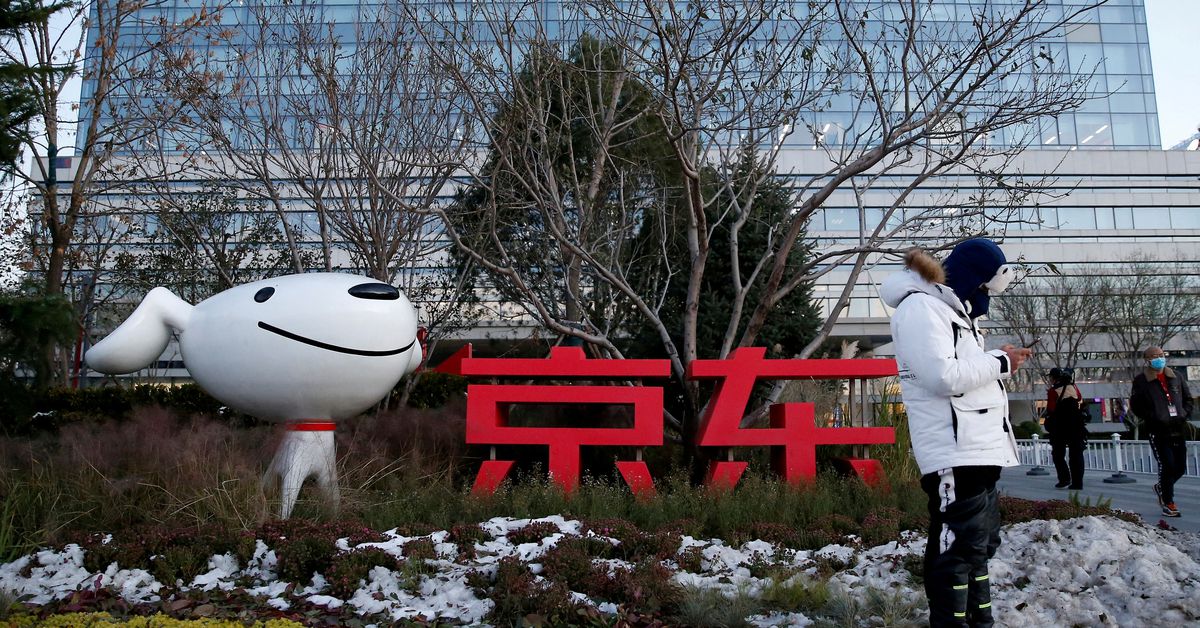 A man stands outside the headquarters of JD.com amid the Singles Day shopping festival during a tour in Beijing, China November 9, 2021. REUTERS/Tingshu Wang

April 7 (Reuters) – JD.com Inc (9618.HK) on Thursday promoted its chairman, Lei Xu, to chief executive to succeed founder Richard Liu, formally handing over the reins of the Chinese e-commerce company to him after his performance the role for several months.

Xu, who has worked at JD.com for more than a decade, will take office immediately, the company said in a statement, adding that he will also join the board as executive director.

JD.com recently cut jobs and increased layoffs in March, according to local media, along with other Chinese tech companies that are cutting staff to cut costs in a weaker, pandemic-ravaged economy. JD.com’s U.S.-listed stock has nearly halved since its peak in February 2021.

Reuters reported last month that Chinese internet giants Alibaba Group (9988.HK) and Tencent Holdings (0700.HK) are preparing for layoffs this year that could eliminate tens of thousands of jobs.

“Richard Liu is handing over to Xu Lei, who will take care of day-to-day business,” he said.

Richard, who launched the company that would become JD.com in 1998 and who a few years ago called out what he called “lazy people” in his business, will spend more time mentoring young executives and will focus on the company’s activities in rural areas.

With 80% of his voting shares according to the company’s 2020 annual report and a stake of nearly 14%, Liu will remain chairman of the board.

Liu gradually faded from the limelight after he was accused of rape by a University of Minnesota student in 2018. His representatives maintained his innocence and Liu was not charged because US authorities were unable to muster enough evidence to prove the claims.

Last September, JD.com announced that Liu would step down from day-to-day operations, hand over those responsibilities to Xu, and focus on JD.com’s long-term strategy. Read more

Reporting by Maria Ponnezhath and Mrinmay Dey in Bengaluru; Sophie Yu in Beijing and Brenda Goh in Shanghai; Editing by Sherry Jacob-Phillips and Sayantani Ghosh