Chinese Companies in the Spotlight on World Day Against Child Labor 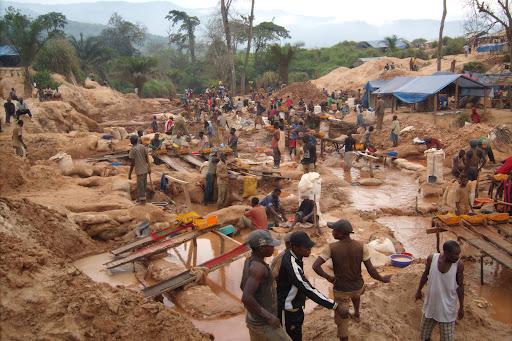 Chinese Companies in the Spotlight on World Day Against Child Labor

Child rights activists in Zimbabwe have accused Chinese companies operating in the country of exploiting minors who are employed to work in the mines.

This is contained in a statement by Southern Africa Resource Watch marking the World Day Against Child Labor which is commemorated on June 12 each year.

According to SARW, growing economic insecurity and lack of access to education are linked to child labor in mines in countries like Zambia and Zimbabwe.

“Growing economic insecurity and lack of access to education are linked to child labor in mines in countries like Zambia and Zimbabwe. In Zambia, children working in artisanal mines are exposed to lead, which has an impact on their health in the short and long term.

“In Zimbabwe, child rights activists have called out Chinese mining companies accused of exploiting minors by employing them in the mines,” reads the SARW statement.

SARW noted that sub-Saharan Africa has more working children than anywhere else in the world.

“While the agriculture and mining sectors remain critical to Africa’s economic growth, the high rates of child labor in these sectors require urgent attention,” the organization added.

It is estimated that more than one million children work in mines and quarries, with child labor occurring most in artisanal and small-scale mines.

Last month, at the 5th Global Conference on the Elimination of Child Labor held in South Africa, delegates adopted the “Durban Call to Action” which highlights the need for urgent action to end child labor and accelerate progress to end child labor, after years of reversal. due to the consequences of the COVID-19 pandemic and other global vulnerabilities.

This year, the World Day Against Child Labor was commemorated under the theme “Universal social protection to end child labour.”