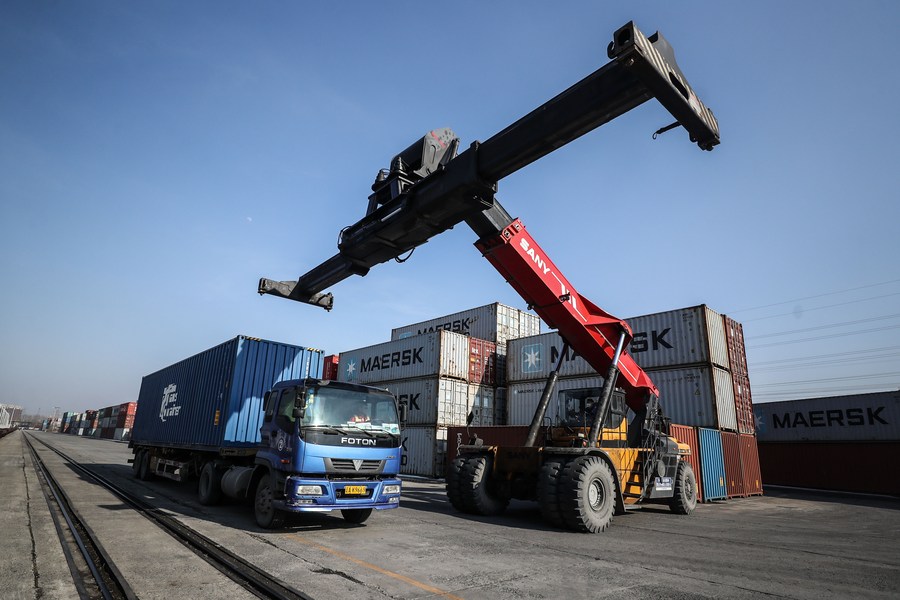 A staff member prepares to unload a container from a truck at a logistics station of Shenyang East Railway Station in Shenyang, northeast China’s Liaoning Province, March 5, 2020. (Xinhua/ Pan Yulong)

China has strengthened its domestic market, while allowing it to engage “productively and vigorously” in the international market. “This measure of strengthening key fundamentals…has been a very strong foundation through which China has been able to fend off the worst shocks,” said Nigerian researcher Charles Onunaiju.

ABUJA, May 6 (Xinhua) — China’s economic growth rate in the first quarter indicates that the country has been able to weather economic shocks and maintain steady growth momentum, continuing to make enormous contributions to the global recovery, said a Nigerian scholar.

In a recent interview with Xinhua, Charles Onunaiju, director of the Center for Chinese Studies in Abuja, said China’s structural reforms have enhanced the strength and resilience of its economy.

According to recent data from the National Bureau of Statistics, China achieved a GDP growth rate of 4.8 percent in the first quarter year on year, surpassing the 4 percent rate recorded in the previous quarter.

“I think it’s no surprise that China did well. With a 4.8% decline in the first quarter, 2022 was a good year, which is the best among major economies,” said the expert, author of several books on China. Cooperation and development in Africa. 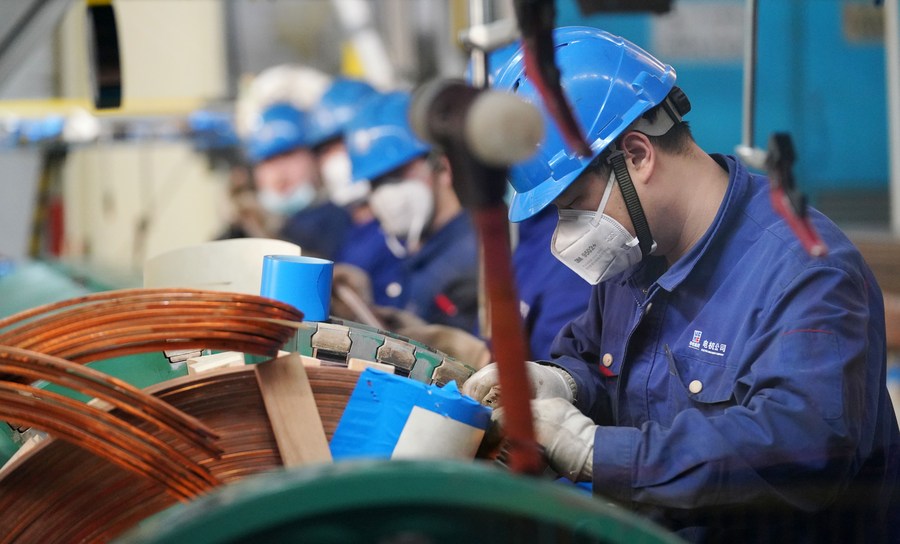 China has strengthened the domestic market, while enabling it to engage “productively and vigorously” with the international market, Onunaiju said, noting that “this measure of strengthening key fundamentals…has been a very through which China has been able to repel the worst shocks.”

“We need to recognize the fundamentals of the Chinese economy. China has undergone structural reforms that focus on positioning the fundamentals for change, transforming the economy from low-end manufacturing to high-end services, to innovation,” he said. Xinhua.

“Even when shocks as unpredictable as the pandemic occurred, the very strong foundations of these key economic categories were able to absorb it,” Onunaiju explained. 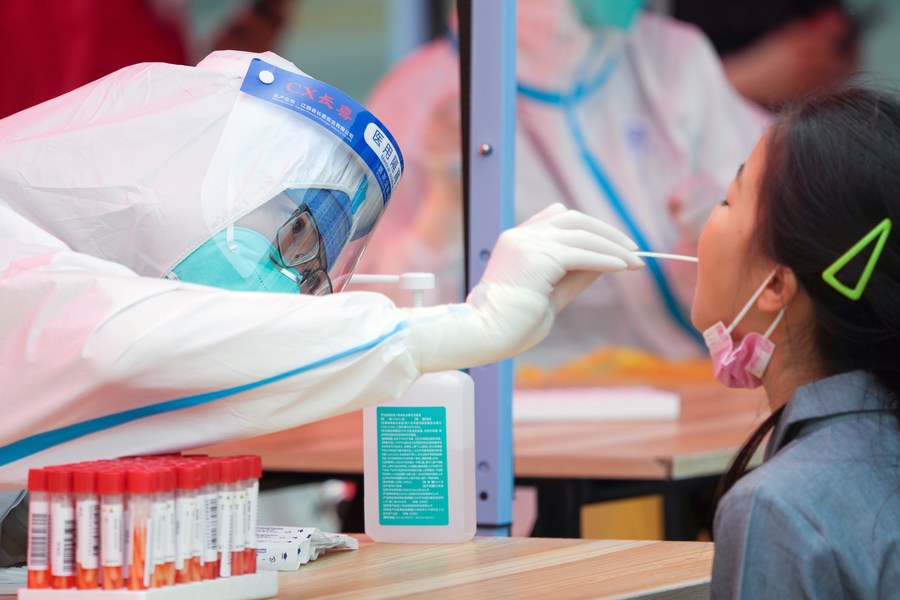 A medical worker takes a swab sample from a resident for a nucleic acid test in Chaoyang District, capital of China’s Beijing, May 5, 2022. (Xinhua/Ju Huanzong)

While noting that China has struck a balance between epidemic control and economic and social development, the scholar said China’s recent efforts to further strengthen economic fundamentals and create a unified domestic market would enable the country overcome other shocks and maintain a steady growth momentum. .

China’s current economic growth and performance will also have a big impact on the global recovery, the analyst said.

As a major trading partner of hundreds of economies, China is undoubtedly a very strategic market that would help economies recover, Onunaiju said.