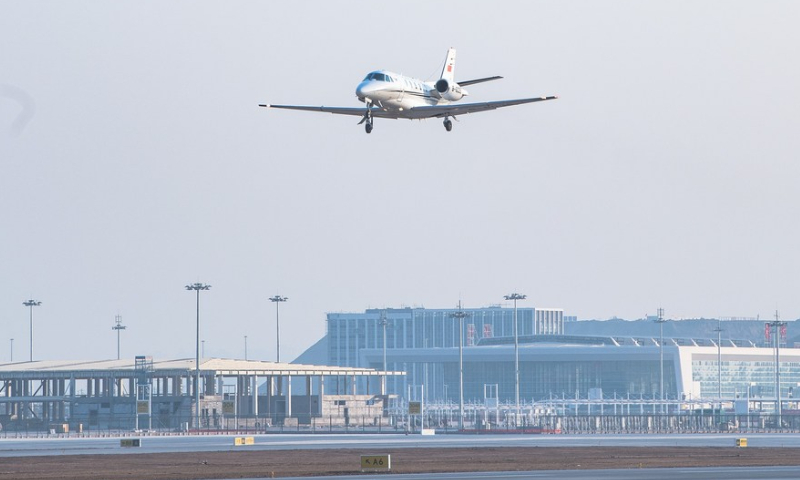 German companies on Thursday welcomed the decision of the Chinese Embassy in Germany to further relax travel rules for German personnel traveling to China for the resumption of work, expressing their commitment to the long-term development of the Chinese market. despite the prolonged pandemic and downward economic pressure.

Starting Wednesday, travelers from Germany who intended to come to China to resume work and production no longer needed an invitation letter issued by relevant Chinese departments when applying. business or visitor visas, the Chinese Embassy in Germany announced on the same day.

The move affects German staff in areas including trade and economy, education, technology, sports and culture, according to a notice.

“The further optimized visa policy will make it easier for our Germany-based executives, who have long been waiting to relocate and witness the accelerated growth of DHL Express in China, to come to China,” the company told the Global Times on Thursday.

In recent months, DHL Express China has launched a number of projects, including infrastructure construction, new freight routes and air freight upgrades, aimed at engaging in long-term development in China.

Heraeus, a Germany-based international technology group, told the Global Times on Thursday that with the new visa policy, the company expects its top executives from its global headquarters to travel to China more easily.

Additionally, more airlines are resuming international flights to and from China as the latest round of COVID-19 outbreaks have been effectively brought under control. On Tuesday, Lufthansa German Airlines resumed its direct flight between Frankfurt and Beijing on a weekly basis.

Despite the fallout from the COVID-19 resurgence in the spring and downward pressure on the Chinese economy, German companies remain optimistic about China’s development potential and aim to increase investment in the market, according to some business surveys. businesses.

“The Chinese market remains one of the most important global markets for German companies: 71% of companies intend to increase their investments here,” reads a 2021/22 business confidence survey conducted. by the worldwide network of German chambers of commerce.

A ceremony marking the 100-day countdown to this year’s China International Import Expo (CIIE) was held in Ruijin, east China’s Jiangxi Province on Tuesday, attracting attendance of more than 100 exhibitors.

Ai Zhouping, president of Heraeus Greater China, said during a recent trip to Jiangxi for the CIIE that the promotion event impressed him with the vitality, potential and resilience of the Chinese market, the commitment of the Chinese government to expand market openness economic development as well as innovation of local enterprises.

The State Council, China’s cabinet, highlighted plans to attract foreign investment in its 33-step stimulus plan unveiled in May.