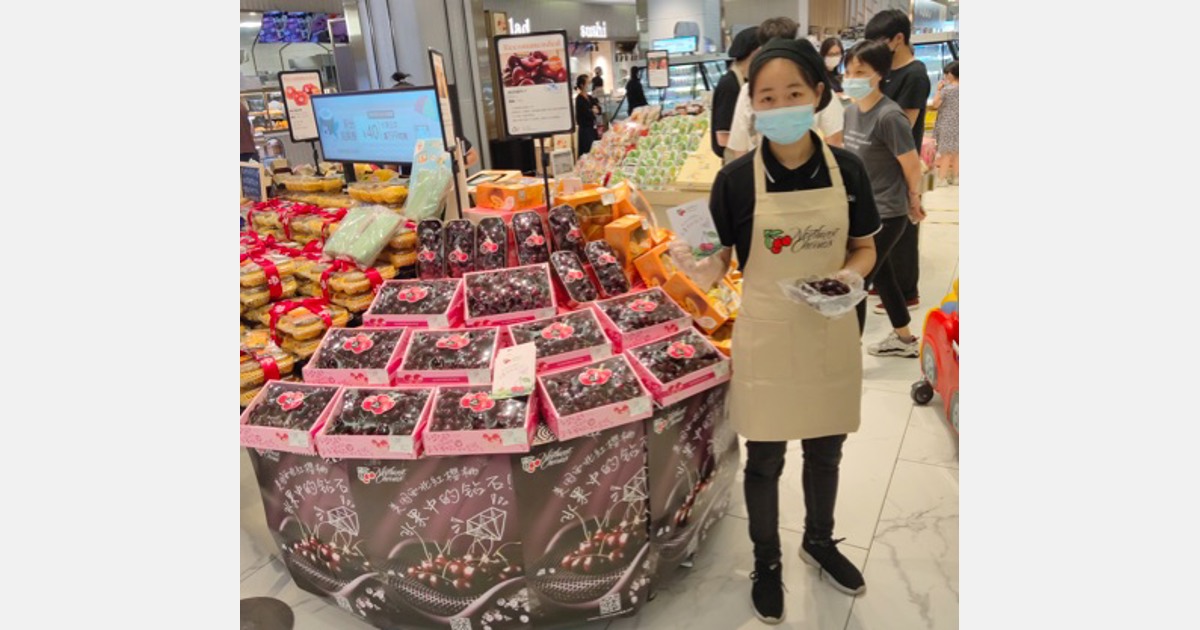 Cherry season is currently in full swing in the Northwestern United States. The Chinese market price for these cherries remains high. In some large supermarkets, the retail price is around 300-400 yuan. [44-59 USD] per kilogram.

There are several reasons for this situation. First, poor weather conditions led to a drop in production volume and the start of the supply season 10 days late. This drove up the price. Second, the 4th of July is a holiday in the United States, which stimulates domestic demand and pushes up export prices. In addition, the ongoing pandemic has increased production costs and the US dollar is rather strong, which further increases the export price.

After July 4, local demand decreased and the volume of supply for the export market increased. This reduced the cost of exporting. The next two weeks are crucial for price developments this season. Victor Wang from Northwest Cherry Growers spoke about the current conditions in the Chinese American cherry market. 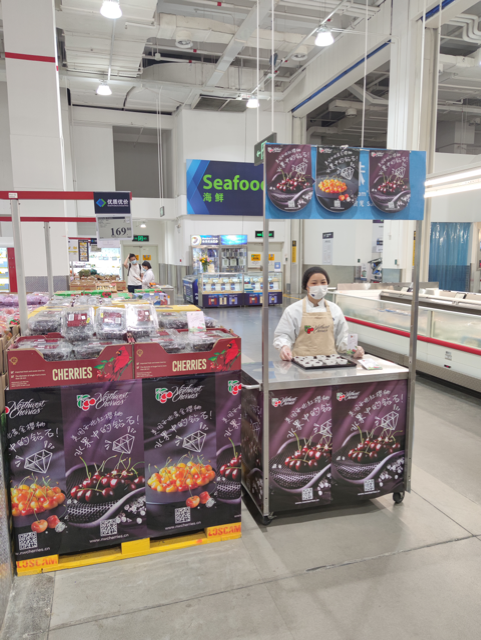 According to Victor Wang: “It is too early to say whether China can maintain its leading position. We expect the import volume to decrease in 2022. If we can import around 60-70% of last year’s import volume, then that is already a great achievement.”

There are several reasons for the current situation. “First, many small and medium-sized import businesses are suffering financial losses due to the pandemic. Even the e-commerce and real estate industries, where incomes are usually high, have had to cut staff. This means that fewer consumers can afford luxuries like cherries from the Northwestern United States, especially now that the price is so high. The adaptability of the market is really being tested right now. As for operations, the price of international distribution is skyrocketing, and even national distribution costs more than 50% more than before the pandemic In addition, preventive measures require that all imported products be disinfected, which has a negative impact on the fruit quality,” said Victor Wang.

Major first-tier cities such as Beijing, Shanghai, Guangzhou, Shenzhen and wealthy second-tier cities are driving fruit consumption in China. Eastern China previously imported through Shanghai, making Shanghai the main importer of American cherries. However, Shanghai’s recent lockdown has had a serious impact on the movement of traders and other affected personnel. Some importers then turned to Guangzhou.

Shanghai only imported about 50% of Guangzhou’s import volume in the last week of June. Now that the lockdown in Shanghai is coming to an end, the situation is gradually returning to normal. Regarding the impact of disinfection procedures, the fruit import volume is now much lower in Shanghai, so the procedures take less time in Shanghai and the fruit enters the refrigerated warehouses faster. Guangzhou struggles to process a large volume of imported fruit, which delays procedures. Cherries from the Northwestern United States are high in sugar and cannot be left in the heat for too long or the quality of the product will suffer. Every minute spent in the heat puts pressure on the quality of the product.” 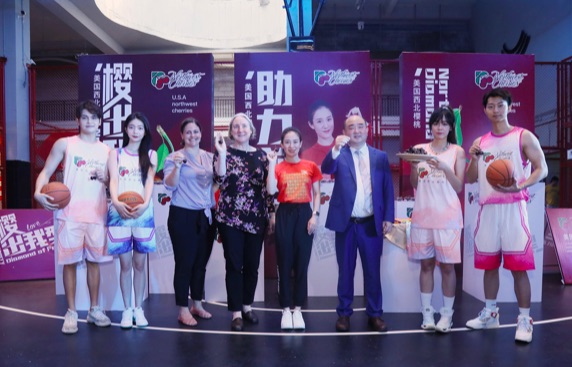 Asked about the conditions of charter flights for American cherries, Victor Wang replied, “The first charter flight on July 2 has been canceled. The reason for the cancellation was heavy rain in the production areas. Some cherries split. the potential impact of disinfection and the high price, and the cost of a charter flight becomes impossible to recover. Future charter flights are dependent on market demand and product quality from Northwestern United States cherries. The pandemic has had its impact on fruit imports over the past few months. Shanghai and Beijing have particularly felt this impact. On top of that, the strong position of the US dollar and the evolution of high-end domestic markets add additional difficulties for importing fruit.

Victor Wang also added, “There are difficulties, but this is only a short phase in the development of a Chinese market for cherries from the Northwestern United States. The Chinese government is constantly adjusting the direction of economic development and promoting policies conducive to economic recovery. recover and even more opportunities will present themselves. And the Chinese market will remain one of the most important export markets for cherries from the Northwestern United States. »

Northwest Cherry Growers works with a number of strategic partners to promote cherry sales in the Chinese market, including major supermarket chains such as Sam’s Club, Walmart, Vanguard, Ole, Guashu and Xianfeng. At the same time, Northwest Cherry Growers also announces promotional activities through Chinese government websites in Guangzhou, Hangzhou, Changsha and Chengdu. They even invited world aerobics champion Ms. Huang Jinxuan to participate in an official media event for the promotion of Northwest Cherry Growers. In addition, the US Consul General in Guangzhou and the Agricultural Consul both participated in promotional activities in Guangzhou. This event also included famous sports and fashion bloggers. Together they prepared the summer for cherries in the American Northwest.

As the price of Northwestern cherries in the United States drops and the promotional season gains momentum, sales numbers will hit a small spike.