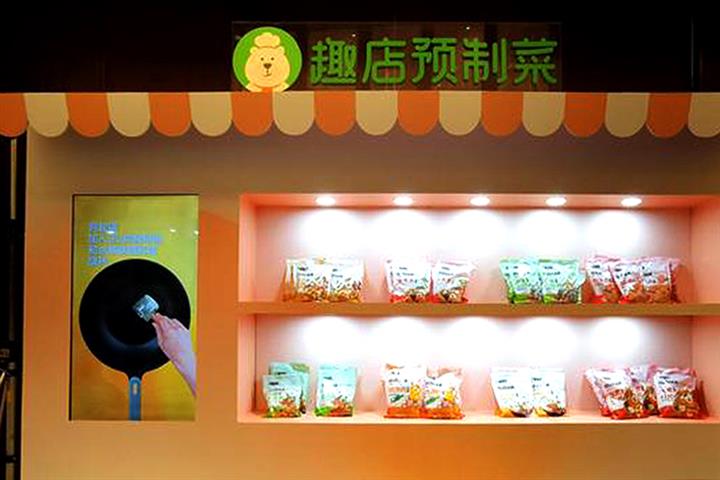 (Yicai Global) Jul 20 — Qudian dips into ready-meal business with gusto after string of failed ventures in everything from cars to edtech as China’s internet financial platform seeks other sources revenue amid a regulatory crackdown on online lending.

Qudian will open 200,000 ready-to-eat meal franchises and offer one-year interest-free loans to those who don’t have the funds to open a physical outlet but want to, the micro-provider said. online loans. July 18.

Qudian, which mainly lends money to students at exorbitant rates, first announced that it would start preparing ready meals in March and that its products are already on sale through the Chinese version of TikTok, Douyin, and in some stores in southern Guangdong province.

The company has been keen to find other sources of revenue since it started to scale back its lending business in 2017 due to tighter regulations. The share price of the company based in Xiamen, in the southeastern province of Fujian, has lost 93% of its value since its IPO in New York five years ago, and the stock has languished under 1 USD for so long that Qudian is in danger of being expelled from New York. stock Exchange.

But despite several attempts in different areas, none has so far borne fruit. The online lender started selling automobiles in 2017, but pulled out in 2019. Then, in 2020, it launched a luxury goods e-commerce platform, but ended it the same year. In 2021, he launched an educational platform for children, but this coincided with a crackdown on after-school classes and the project soon came to a halt.

This time, Qudian hopes for better luck. According to a report by iiMedia Research, China’s convenience food industry will be worth 1.07 trillion yuan ($158.5 billion) by 2026, triple its value last year.