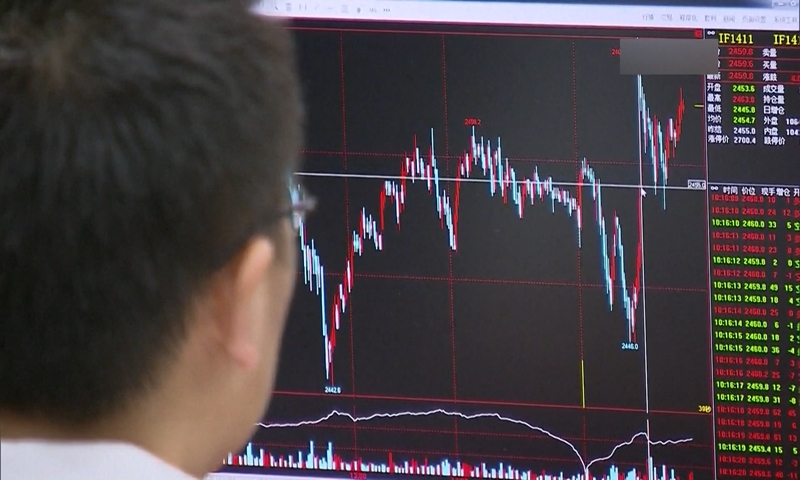 The Chinese mainland’s A-share markets ended higher on Tuesday, marking an unexpected reversal amid a gloomy picture in U.S. stock markets on Monday, which cast a shadow over stock markets around the world.

Affected by the sharp drop in the external market overnight, mainland Chinese stocks opened lower on Tuesday morning. After the open, the decline in the major indexes deepened further, with chips, games and education stocks leading the plunge.

But the A-share market staged a sharp reversal towards the end of the session, with the brokerage sector emerging as the main contributor to the index reversal. Autos, oil and gas stocks also led the rebound.

Analysts said the relatively independent growth trend shows the resilience of the A-share market, and behind the strength of the market is increased investor confidence in the country’s economic outlook as credit conditions ease. and the accelerated resumption of work and production.

The fall was an instant reaction to the news that the inflation surge in the United States has not yet peaked, which some media said could prompt the US Federal Reserve to raise the interest rate to short term by three quarters of a percentage. point Wednesday.

Experts said US equity volatility in the face of inflationary pressures could affect A-shares in both good and bad ways.

“On the one hand, it would make global investors look more closely at mainland assets as a safe haven. However, if US equities fall too much, it would also impact the Hong Kong market and A-shares. “, said Xi. Junyang, a professor at Shanghai University of Finance and Economics, told the Global Times.