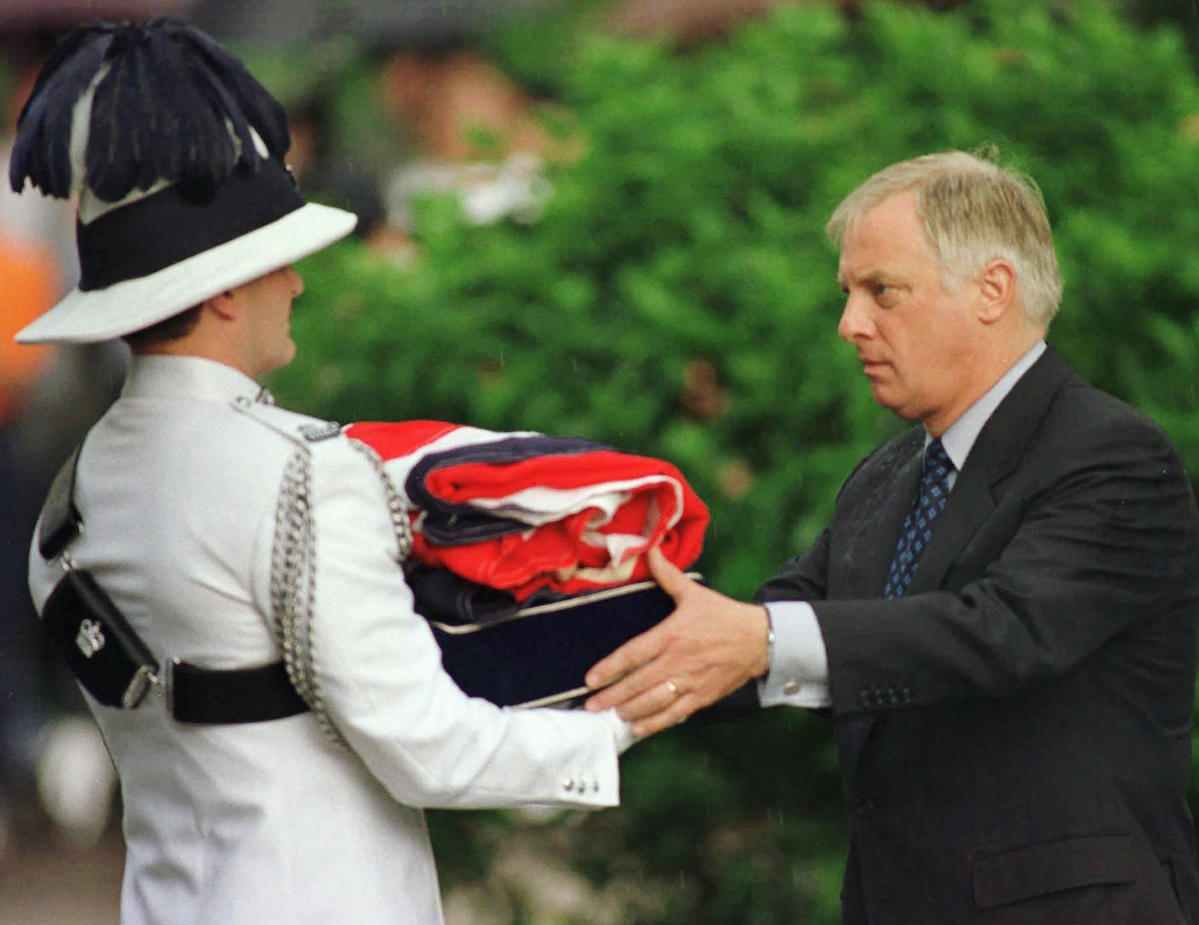 HONG KONG (AP) — Here are key events in the history of Hong Kong, which on Friday marked the 25th anniversary of its transition from British to Chinese rule.

China had promised that the territory could retain its civil, economic and political freedoms for 50 years under the “one country, two systems” framework. However, in recent years Beijing has severely limited the rights to free speech and assembly and virtually eliminated political opposition under the rubric of maintaining national security.

— 1841: The Qing dynasty cedes Hong Kong Island to Great Britain after China’s defeat in the First Opium War. Britain’s administration begins next year, helping to expand trade in goods from tea to porcelain, while Chinese leadership deals with internal strife and growing demands for foreign access to its huge domestic market.

— 1860: The colony expands after the Qing cedes Kowloon, a mountainous region opposite Hong Kong Island, to Britain after the Second Opium War. China is acceding to the demands after the imperial court was driven out of Beijing and its famous summer palace ransacked, looted and burned by foreign troops.

— 1898: Britain leases the New Territories, a large area around Kowloon, from China for 99 years, or until 1997. The largely rural area provides a buffer against unrest in mainland China and greater viability economic for the colony as a whole. The lease also puts the clock on Hong Kong’s eventual return to Chinese rule.

— 1941-45: Japan occupies Hong Kong until the end of World War II. British, Chinese and allied forces resisted for three weeks, but were forced to surrender against all odds. Along with anti-colonialism, the rhetoric against Japanese wartime atrocities remains a central theme in the Communist Party’s nationalist appeal.

— 1984: Britain agrees to return Hong Kong to China in 1997 under a “one country, two systems” framework that gives the city its own economic and political system for 50 years. The Sino-British joint agreement is registered with the United Nations, although Beijing now declares it null and void and rejects any foreign criticism as interference in its internal affairs.

— 2003: In the largest demonstration since the handover, hundreds of thousands of citizens march against the proposed national security law that would have criminalized “subversion” against the Chinese government. The bill was later withdrawn in what was seen as a victory for civic organizing and an indication of Beijing’s continued – albeit waning – tolerance for dissent.

— 2014: Protesters wanting direct elections for the leader of Hong Kong besiege the seat of government for 79 days, but fail to win any concessions. The protests are spawning a generation of young activists who will continue to push for more freedoms against an increasingly intransigent Chinese leadership.

— 2017: Chinese leader Xi Jinping visits Hong Kong on the 20th anniversary of his return to Chinese rule, during which he delivers a speech declaring that Beijing will accept no opposition. A longtime civil servant and close ally of Beijing, Carrie Lam becomes chief executive of Hong Kong with a mandate to uphold China’s will, while maintaining the city’s status as a hub for international business.

— 2019: Protests erupt over a bill that could have seen Hong Kongers and foreign residents sent to mainland China for trials in a justice system plagued by accusations of mistreatment and forced confessions. As the bill is withdrawn, protests continue among mostly students and young people frustrated with the lack of representation and opportunity in one of the most economically divided cities in the world.

– 2020: Following a heavy crackdown on protesters, opposition figures and independent media, the Chinese parliament imposes a sweeping national security law that jails thousands of government critics, others seeking asylum abroad or being intimidated into silence. Changes to the composition of Hong Kong’s Legislative Council ensure that only “patriots” loyal to Beijing will have a voice.

– 2022: Former security chief John Lee is appointed chief executive of Hong Kong following what was widely believed to be a sham election in which he was the only candidate. Lee is among a number of Hong Kong and mainland Chinese officials facing U.S. and European visa bans for their role in suppressing human rights in the territory. Authorities demand new textbooks claiming Hong Kong was never a British colony, claiming China never recognized treaties over its status. The move is seen as an attempt to erase the memory of past freedoms and affirm China’s “great rejuvenation” ideology that is central to Xi’s political agenda.