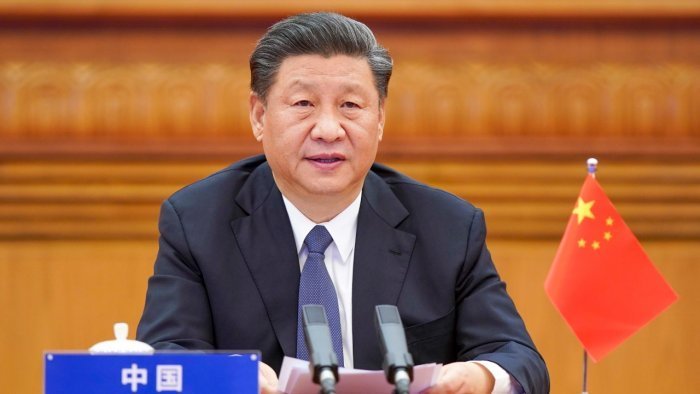 Beijing, July 16: President Xi Jinping has urged officials to step up efforts to uphold the principle that Islam in China should be Chinese-oriented and the country’s religions should adapt to the socialist society pursued by the Communist Party of China. in power.

Xi traveled to the volatile Xinjiang region, where Chinese security forces have struggled for several years to control protests by Uyghur Muslims against Han Chinese settlements outside the province.

During his four-day tour of the region that started on July 12, Xi met with officials. He stressed fostering a strong sense of community for the Chinese nation, promoting exchanges, interactions and integration between different ethnic groups, state media reported.

Xi stressed the need to improve the ability to govern religious affairs and realize the healthy development of religions.

Greater efforts should be made to uphold the principle that Islam in China should be Chinese-oriented and to adapt religions to the socialist society, he said, quoted by the official Xinhua news agency. .

Believers’ normal religious needs should be provided, and they should be closely united around the party and the government, Xi added.

In recent years, the president has advocated the sinicization of Islam, which basically means adapting it to the policies of the ruling Communist Party.

Stressing the importance of cultural identity, Xi called for educating and guiding people of all ethnic groups to strengthen their identification with the motherland, the Chinese nation, Chinese culture, the Communist Party of China (CPC ) and socialism with Chinese characteristics.

China is fighting allegations of mass incarcerations of Uyghur Muslims in camps, which Beijing describes as centers of de-radicalization and education.

Beijing is also downplaying Western allegations of massive human rights abuses against Uyghur Muslims and refuting US and European allegations of genocide against Muslims in the province.

Recently, the head of the UN Human Rights Council, Michelle Bachelet, visited Xinjiang after a long process of negotiation with Beijing to examine the allegations of internment of more than a million Uyghur Muslims. of different ages as part of the Chinese crackdown on Islamist militants.

At the end of his visit to Xinjiang on May 28, Bachelet said he raised questions and concerns about the implementation of counter-terrorism and de-radicalization measures and their wide application, in particular their impact on the rights of Uyghurs. and other predominantly Muslim minorities.

Let the Truth be known. If you read VB and love VB, be a VB supporter and help us bring the truth to everyone.