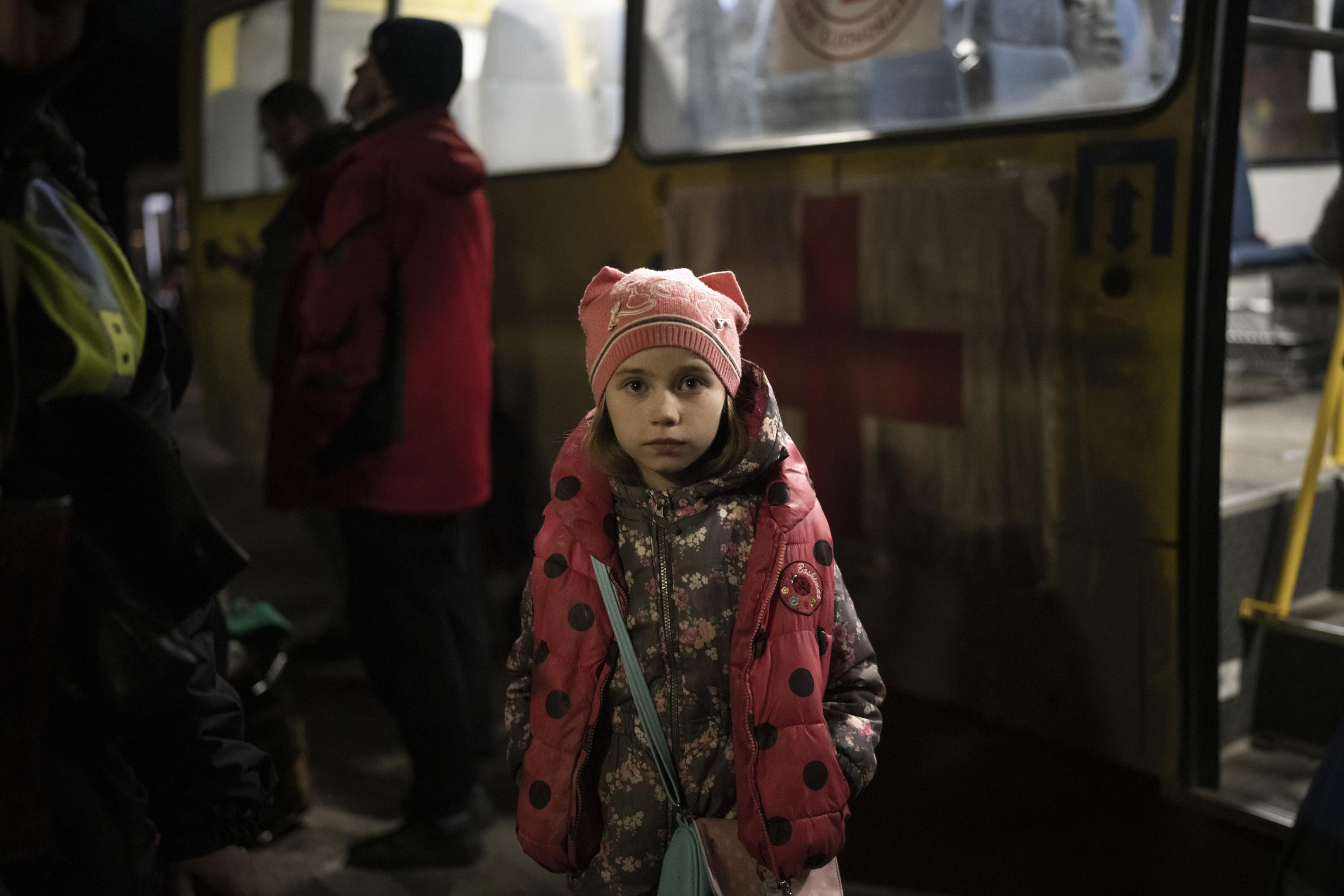 BEIJING — A Chinese diplomat has a suggestion for resolving the Ukraine conflict: US President Joe Biden should call Russian President Vladimir Putin and promise no more NATO expansion, no weapons deployment strategic in Ukraine and that the country will remain neutral.

“Then maybe the problem will be solved,” Director General of the European Affairs Department of China’s Foreign Ministry, Wang Lutong, told reporters in Beijing on Saturday.

“What is the goal of the Americans? Will they see a ceasefire in Ukraine or would they want to weaken Russia? Or some people are talking about a change of government,” Wang said, apparently referring to Biden’s remark that Putin cannot be allowed to stay in power.

“If they intend to get a ceasefire, I think this issue could be resolved very easily,” Wang said. His remarks followed talks between Chinese and European leaders in which Beijing reiterated its opposition to imposing economic sanctions on Russia.

Beijing has refused to criticize the Russian invasion, or even refer to it as such, opposes sanctions and re-disseminates Russian misinformation about the conflict and unsubstantiated claims such as the US operates bioweapons labs in Ukraine.

KEY DEVELOPMENTS IN THE RUSSIAN-UKRAINE WAR:

— Go to https://apnews.com/hub/russia-ukraine for more coverage

Ukrainian President Volodymyr Zelenskyy declined to say whether he ordered an attack on a Russian fuel depot.

In an interview with FOX News, Zelenskyy said he doesn’t discuss the orders he issues as commander-in-chief.

Earlier, the secretary of Ukraine’s National Security Council denied Moscow’s claims that two Ukrainian helicopter gunships struck the facility in the northern border town of Belgorod around dawn on Friday.

The regional governor of Belgorod said two workers at the depot were injured, but Russian media quoted a statement from state oil company Rosneft which denied anyone was injured.

But if Moscow’s claim is confirmed, it would be the first known attack of the war in which Ukrainian planes entered Russian airspace.

WASHINGTON — The US Department of Defense has announced that it will provide an additional $300 million in military equipment to Ukrainian forces defending the country against Russian troops.

Kirby said the new package “represents the start of a contracting process to deliver new capabilities” to Ukraine, rather than delivering equipment drawn from US military stocks.

The United States has provided more than $1.6 billion in security assistance since the invasion of Russia, Kirby said.

LVIV, Ukraine – Ukrainian President Volodymyr Zelenskyy said Russian forces were leaving behind “a complete disaster” as they retreated from the north, including towns just outside kyiv, and he warned residents to be wary of Russian bombardments and landmines.

“They are mining all the territory, they are mining houses, mining equipment, even the bodies of people who have been killed,” he said in his nightly address to the nation on Friday night.

He urged residents to wait to resume their normal lives until they are sure that the mines have been cleared and the danger of shelling has passed.

Zelenskyy warned of tough battles ahead as the Russians redeploy troops in eastern Ukraine.

Zelensky said he spoke with French President Emmanuel Macron by phone on Friday and with European Parliament President Roberta Metsola during her visit to Kyiv.

“Europe has no right to remain silent about what is happening in our Mariupol,” he said. “The whole world should react to this humanitarian catastrophe.”

Zelenskyy said 3,071 people were able to leave Mariupol on Friday.

LVIV, Ukraine – A Ukrainian official said there were casualties after at least three Russian ballistic missiles were fired at the Odessa region on the Black Sea on Friday evening, but he did not give an estimate. details.

Regional chief Maksim Marchenko said the missiles were fired from the Crimean peninsula, which Russia has held since seizing Ukraine in 2014.

The Ukrainian military said the Iskander missiles were aimed at critical infrastructure but failed to hit their targets due to the response of the Ukrainian Air Defense Forces. We didn’t know where they had hit.

Odessa is Ukraine’s largest port and the seat of its navy.

KYIV, Ukraine — The secretary of Ukraine’s National Security Council has denied that the country was responsible for a reported attack on a Russian fuel depot.

Moscow had previously blamed Ukraine. There has been no independent confirmation of the details of the incident.

“For some reason they say we did it, but in fact it doesn’t correspond to reality,” Oleksiy Danilov told Ukrainian television on Friday.

Regional Governor Vyacheslav Gladkov said earlier that two Ukrainian helicopter gunships flew low and hit the settlement in the town of Belgorod north of the border.

Two depot workers were injured, he said. But Russian media quoted a statement from state oil company Rosneft which denied anyone was injured.

Meanwhile, Ukrainian President Volodymr Zelenskyy’s office said 86 Ukrainian servicemen had been released in the Zaporizhzhia region as part of a prisoner swap with Russia. The number of Russians freed was not disclosed.

KYIV, Ukraine — The mayor of Kyiv has said the bombardment of satellite towns near the Ukrainian capital continues despite Russian promises to reduce troops from the area.

Vitali Klitschko told British television channel Sky News on Friday that he could hear the sounds of explosions “nonstop day and night”.

Klitschko said towns northwest of Kyiv such as Irpin, Borodyanka and Hostomel were targeted after Ukrainian fighters pushed back Russian troops, and fighting also persisted in Brovary, east of Kyiv.

For those who might want to return to Kyiv in light of the supposed Russian withdrawal, he urged people to wait “a few weeks” to see how the situation develops.