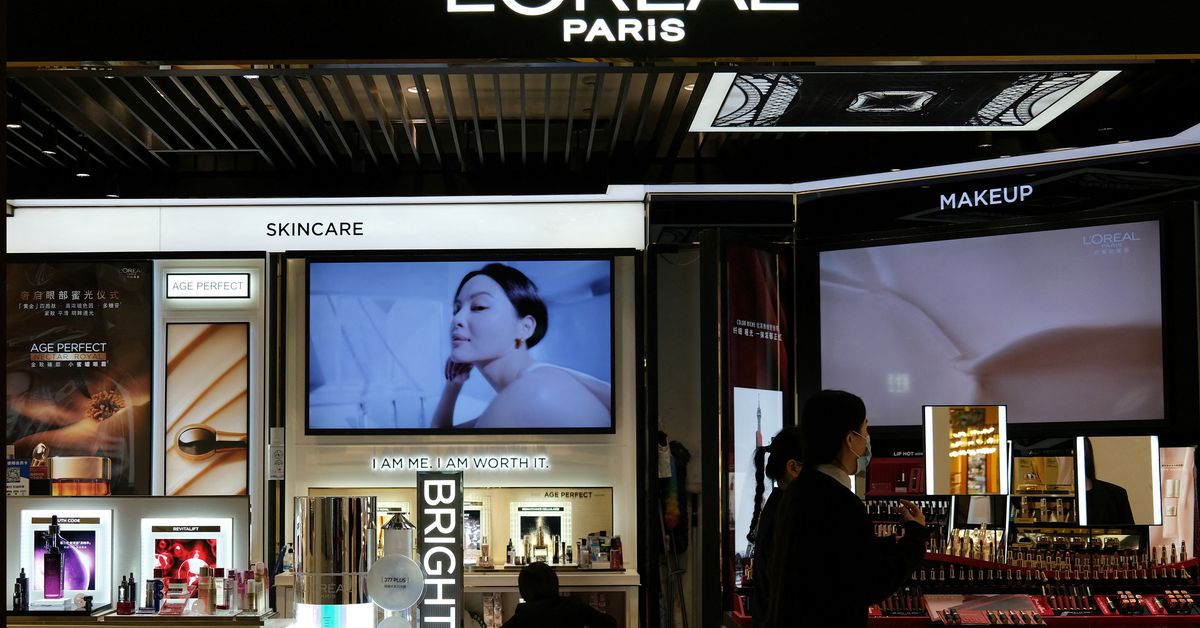 Staff members work at the counter of cosmetics brand L’Oreal at a shopping mall in Beijing, China November 18, 2021. REUTERS/Tingshu Wang

The group said Thursday that overall sales for the three months ending June were 9.31 billion euros ($9.46 billion), a 13.4% increase on a like-for-like basis. The figure beat analysts’ expectations for an 8.9% rise in revenue, according to a Visible Alpha consensus quoted by UBS.

“Makeup is really bouncing back,” L’Oreal CEO Nicolas Hieronimus told Reuters in an interview, as post-pandemic socializing gathers pace and people head out to parties and events.

The executive, who estimates the global cosmetics market is growing at 8%, noted a return to lip gloss and “lots of color”, which he attributed to people coming out of two “very difficult years”.

Like-for-like sales rose 10.7% in North America as shoppers flocked to stores to stock up on high-end lipsticks and fragrances.

In China, where many Western brands have seen sales decline since mid-March due to store closures and movement restrictions, L’Oréal increased revenue by 13% in the quarter, outpacing a drop in ‘about 6% of the market, thanks to a boost from e-commerce sales,’ Hieronimus said.

“We really thrived (in China),” he added.

The group’s consumer products division, which has brands ranging from Maybelline to L’Oreal Paris, grew 9.1%, marking an acceleration from last quarter’s 6.9% rate, as consumers ignored rising costs and continued to splurge on beauty products.

Despite an uncertain outlook for the second half of the year, the company is “overall quite confident, even optimistic” about the business outlook, Hieronimus said.