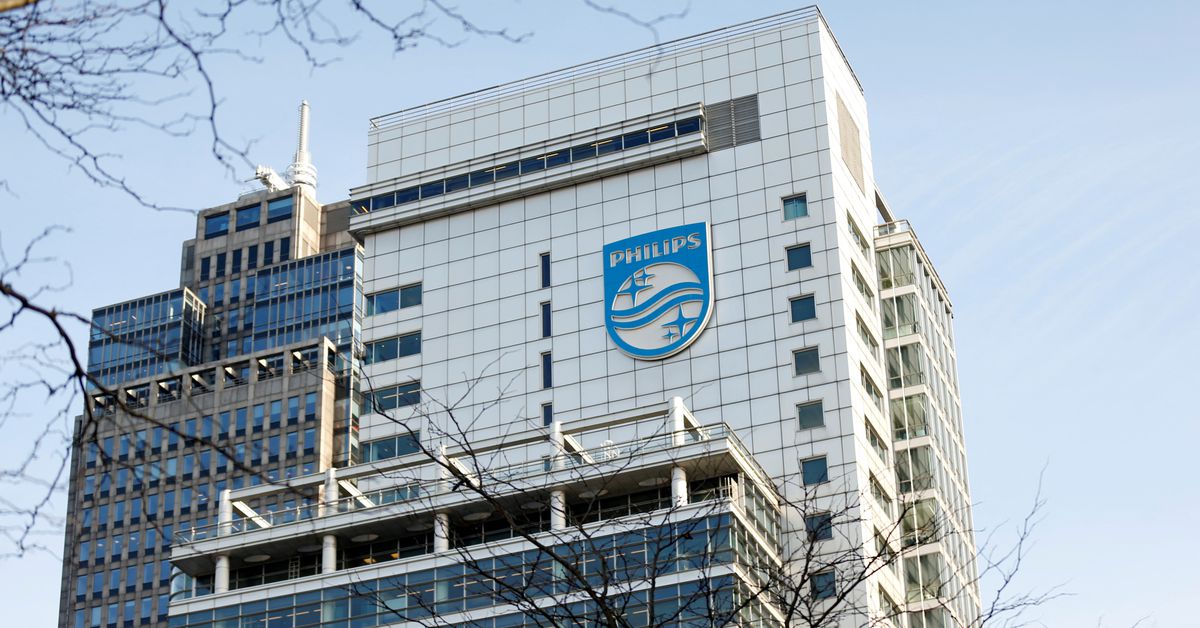 The company cut its full-year sales growth estimate to between 1% and 3%, from 3% to 5%, while forecasting 6% to 9% growth in the second half on a strong order book.

Chief executive Frans van Houten said supply chain issues and inflationary pressures played a role, but singled out China’s COVID-19 lockdowns as the main cause of the shortfall.

In China, “comparable sales and order intake declined nearly 30% in the quarter,” van Houten said in a statement. “Production at several of our factories, as well as those of our suppliers in China, has been suspended for two months, which has exacerbated global supply chain and cost issues.”

Adjusted earnings before interest, tax, depreciation and amortization (EBITA) reached 216 million euros ($220 million) for the three months ended June 30, missing an average forecast of 324 million according to a survey compiled by the company.

In the same period a year earlier, Philips had achieved an adjusted EBITA of 532 million euros.

“The quarter was significantly below expectations and Philips lowered its full-year and mid-term guidance,” Jefferies analysts said in a note.

“While investors somewhat expected the revenue forecast to be too high, the extent of the EBITA margin reduction is likely to disappoint… (and) the revised guidance also leaves a limited margin for investors. runtime errors.”

Philips, once known as a consumer electronics company, now does most of its business manufacturing medical imaging, monitoring and diagnostic equipment.

In 2021, the company was raided by the United States Food and Drug Administration (FDA) and forced to recall millions of ventilators and respirators because of a toxic foam part. Read more

Philips said Monday it was in talks with the FBI, on behalf of the FDA, about the terms of a settlement.

The total cost of the recall so far amounts to around 900 million euros. This does not cover potential class action costs.