What does the war in Ukraine mean for businesses? 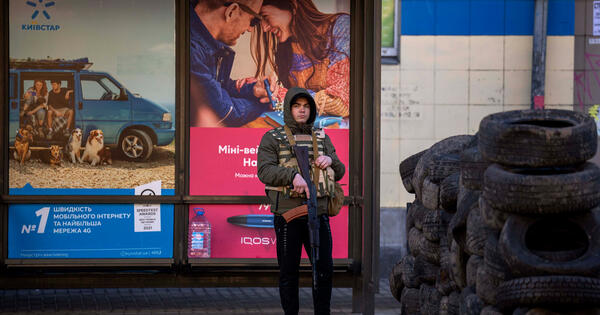 What does the war in Ukraine mean for businesses?

What are the implications of the invasion of Ukraine for business leaders?

Most of the attention is obviously focused on the diplomatic, military and humanitarian aspects of the conflict. But the implications for multinationals are enormous. Businesses need a way to immediately check their compliance with the new sanctions and technology controls that really matter.

I recommend having a checklist of questions senior leaders should ask their departments about potential violations of these regulations. Then leaders must play out scenarios of different possibilities in terms of branding and how the media might handle any real or perceived violations.

There are significant political risks for a multinational company that attract much more attention from the EU, the US Department of Justice and state regulators.

“You can’t let your legal department own this problem. They typically overlook the broader strategic and political dimensions of crises.

If anyone thinks that these risks are insignificant, just look at the case of Crédit Agricole. It is a French investment bank that has handled $32 billion in payments from Sudan, Cuba and others through its New York office. In 2015, enhanced US surveillance systems to enforce sanctions revealed multiple breaches by Crédit Agricole. They ended up paying nearly $800 million in fines to US and state regulators. There has been a huge negative impact on their reputation.

Pleading ignorance of sanctions violations is not a viable defense strategy for a company. It’s controversial, I know, but that’s what I advise companies to do. You can’t let your legal department deal with this problem. They typically overlook the broader strategic and political dimensions of crises.

The White House announcement today that “some Russian banks” will be blocked from the SWIFT banking network. What will that mean?

Moscow will increasingly look to other countries to move money and obtain technology. The China-Russia connection is the most important. A US company doing business in China should better understand that dealing with a Chinese company that in turn is dealing with a Russian company could drag them into a huge sanctions violation debacle. Since most mainstream media is hostile to big business in the first place, and especially hostile to big tech, finance and tech companies need to map their exposures and devise a game plan to deal with them. I think big accounting firms that sign off on audits are also going to get a lot more attention from regulators and politicians.

This article was updated after the announcement from the White House on the evening of February 26.