Why the Chinese stock market rally seems to have legs 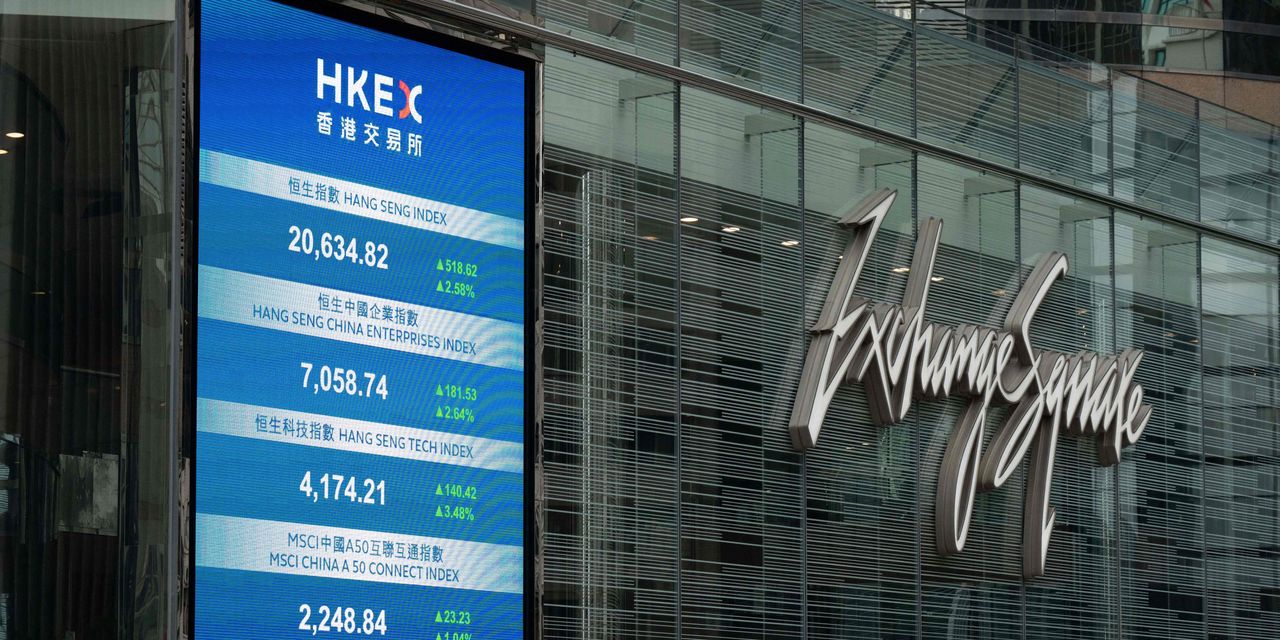 Why the Chinese stock market rally seems to have legs


For a market judged to be on the verge of being “uninvestable” a few months ago, China seems rather perky. The


iShares MSCI China
the exchange-traded fund (ticker: MCHI) climbed 22% from a low in early May. The S&P 500 lost 4% during this period.

Each of the thunderclouds that formed a perfect storm over China earlier this year has cleared up, if not dissipated. Shanghai’s two-month Covid 19 lockdown ended on May 31. A “dynamic Covid” policy change promises less drastic measures in the future. Policymakers have returned to economic stimulus mode, raising hopes of a rebound for the all-important cratered real estate sector.

Regulatory attacks on internet companies have eased. Shares in

lding (BABA), which has suffered the burn of Beijing’s “reforms”, has climbed 20% in the past month.

All of these trends seem to have legs.

Authorities have steadily reduced testing and quarantine requirements for Covid, with the implicit aim of not repeating the Shanghai debacle. At least that’s what the markets think. “The odds are low for another long lockdown in major cities,” says Larry Hu, chief China economist at Macquarie Group. “Policymakers will likely change the definition of ‘zero-Covid’ to make it less disruptive.”

The macroeconomic tone has shifted from last year’s “shared prosperity” to getting a sluggish economy back on its feet. China “will always strive to achieve this year’s economic and social goals”, President Xi Jinping recently announced. In Beijing language, that means a growing stimulus to grow at a 7% pace for the rest of 2022, Hu calculates.

A key part of this campaign should be reducing mortgage rates. The central bank cut the cost of lending by 0.15% in May, with bolder moves expected.

Beijing’s war on big tech, and whether it is coming to an end, is the most nebulous of the Chinese market indicators. Investors have been encouraged by the rising profile of Premier Li Keqiang and his deputy Liu He, seen as leaders of the government’s pro-business wing. “Tech entrepreneurs are the most important agents of innovation,” Liu said at a conference in May.

Rising publicity around youth unemployment, which has reached 18% according to official figures, is also seen as positive for tech giants, which were job creation machines in better days. “It feels like a ceasefire in tech repression, time for collaboration,” says Jason Hsu, chief investment officer at Rayliant Global Advisors.

Investors disagree on how to take advantage of China’s rebound momentum. Tom Masi, co-head of emerging wealth strategy at GW&K Investment Management, is all for “recovery” stocks that can blow up with Covid easing. Choices include

(1928.Hong Kong). “Covid politics may still be bumpy over the next year, but there are plenty of clear skies on the other side of the horizon,” he says.

(939.Hong Kong), at the heart of the stimulus pipeline, and purchase by state investment funds. “They’re going back to the old way of life of driving growth through infrastructure,” he says. “There’s a tailwind for favorite sons.”

PineBridge’s Kelly is more intrigued by the high-yield bonds offered by downtrodden property developers. The upheaval of the sector, which started from the top

China Evergrande Group
it is

(3333. Hong Kong) last September’s implosion has hit rock bottom, he believes. “We see a handful or two of developers that will default, and about 15 that we can invest in,” Kelly says. “These surviving businesses have been given lifelines over the past four to six weeks.”

One thing does not change in China whether the market is hot or not: success depends on reading a government that is, to say the least, reluctant to be read. Signs point to less disruption and more free lunches by October, when a Communist Party congress convenes, presumably to grant Xi an unprecedented third term in power. “When their mother tiger attitude towards the markets irritates the markets too much, they do something better,” comments Hsu of Rayliant.

Xi’s intentions for the world’s second-largest economy are murkier after his actual coronation. The same goes for investment prospects. “It’s more than a dead cat bounce,” Kelly says. “But we can’t call it a long bull market until we see what happens after October.”